Home » About Datadoodle and me

This weblog lives at the edge of the data intelligence industry and intelligent cities (aka, “smart cities). That’s where technology fits over the tender and irregular human profile and where interesting things happen. 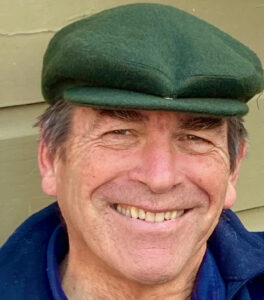 Toward the beginning of my time in the data industry, in 2008, I was the only industry reporter/analyst at the first Tableau conference. That was back when data visualization was called “pretty pictures.” As independent data analysts proliferated, I talked to them about their work. I wrote about “data storytelling” — actual data storytelling, not the parading charts that pass for it — and taught a class at TDWI. As data-industry conversations grew stale, I began looking at a natural tangent, so-called “smart cities” and, lately, Code for America-style civic tech.

Content here is strictly free-range. I provide original reporting and analysis on the many topics that interest me from my own point of view.

Datadoodle often mentions particular vendors, but these are usually not the ones I’m working for at the moment.

Note on formatting: The first D in “Datadoodle” should be uppercase, and the second D should be lowercase. It’s “Datadoodle,” not “DataDoodle,” “data doodle,” or “Data doodle.”

I’m an industry analyst by function and a journalist by training. I believe that the social and organizational aspects of a “data driven” business are at least as important as the technological aspects.

Since 2007, I’ve been a regular contributor to several industry BI publications in addition to Datadoodle. Today, I publish here and on Medium, and perhaps elsewhere as opportunities arise.

Before BI, I wrote about telecommunications and computer networking. Far in the past, I edited on environmental topics, mostly technical explanations for lay readers of environmental organizations’ publications.

My career took an eclectic, non-traditional route, which I believe gives me a much wider perspective today than the conventional route would have. Before settling down to journalism, I wandered through a variety of colorful jobs. In one stint, I was an Amtrak train attendant (“porter” in those days). I also washed dishes under the shadow of Half Dome in Yosemite, sold commodity options over the phone (and learned from some of the best salespeople), and dabbled in radio at KSKA, “Anchorage public radio.”

I have a bachelor’s in journalism from San Francisco State University and an MBA from Dominican University of San Rafael.

I like to hear from readers with ideas, feedback, suggestions, and questions sent with the form below.

The data-shy among us have two friends in the software business. One a few years old and one new this year. Nashville, Tennessee-based Juice Analytics … END_OF_DOCUMENT_TOKEN_TO_BE_REPLACED

More Posts from this Category